The Purge is the second episode of season three, and the twenty-first episode of the series. It was written by Neil Jordan, and directed by Kari Skogland. It will premiered on April 21, 2013.

Now fully recovered, Alexander tasks Cardinal Sforza with instigating an “inquisition” among the Cardinals who were politicking against him when his life lay in the balance. With the “evidence” he needs, Alexander dismisses and banishes all the Cardinals he does not trust. But one of them – Cardinal Orsini – does not leave quietly, forcing Alexander to handle it with his bare hands. Meanwhile, Catherina Sforza orders Rufio to seek support from the mercenary warlords of the Romagna families – Orsini, Vitelli and Colonna. Lucrezia is annoyed that her in-laws to be – the royal family of Naples – will not welcome her son Giovanni at court; plus she is realizing her feelings for Cesare are becoming more sexual than sisterly.[1] 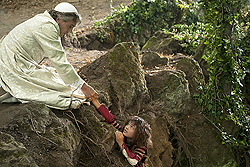 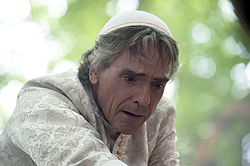 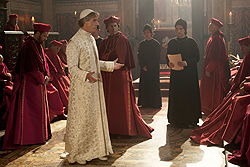 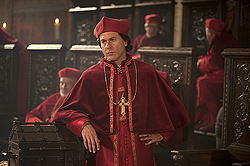 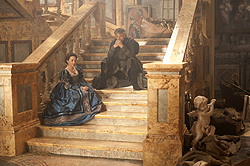 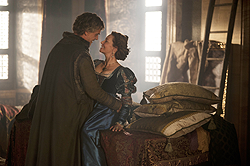 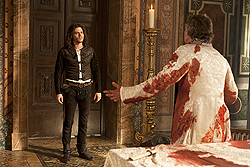 Cesare Borgia and Rodrigo Borgia
Add a photo to this gallery

Retrieved from "https://the-borgias.fandom.com/wiki/The_Purge?oldid=6563"
Community content is available under CC-BY-SA unless otherwise noted.