"I saw the face of death."
―Rodrigo Borgia[src]

The Face of Death is the first episode of season three, and the twentieth episode of the series. It was written by Guy Bert, and directed by Kari Skogland.

As Pope Alexander fights for his life after being poisoned, the Cardinals jockey for position to take over the Papacy. Cesare and Micheletto trace the assassination plot back to its source, but Della Rovere is ready to make his move -- and his is not the only conspiracy. Catherina Sforza has dispatched her own personal assassin Rufio to dethrone the Borgia family. However, thanks to Lucrezia’s quick thinking, the family’s grip on power may not be lost.[2] 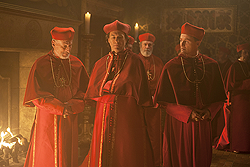 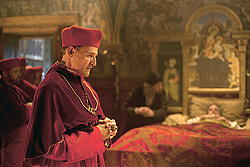 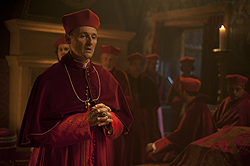 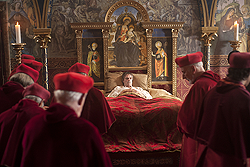 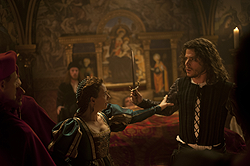 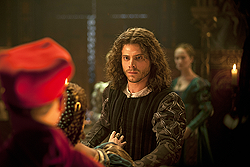 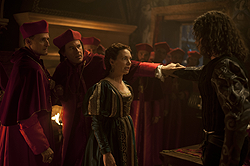 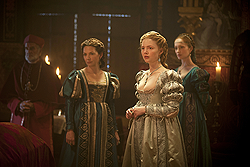 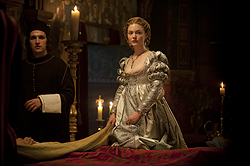 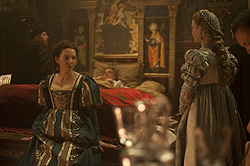 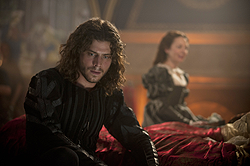 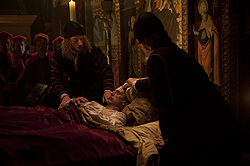 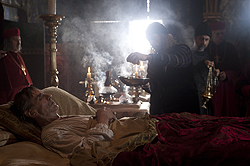 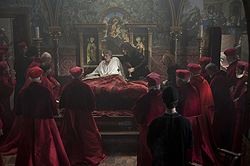 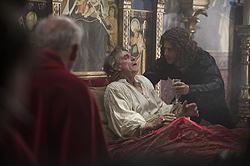 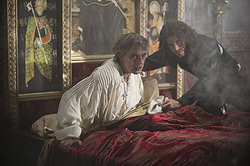 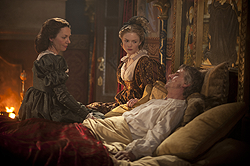 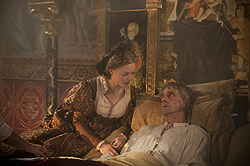 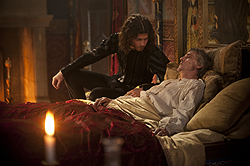 Cesare Borgia and Rodrigo Borgia
Add a photo to this gallery 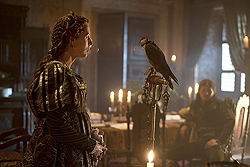 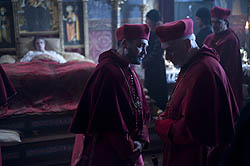 David Dencik and Vernon Dobtcheff
Add a photo to this gallery

Retrieved from "https://the-borgias.fandom.com/wiki/The_Face_of_Death?oldid=6562"
Community content is available under CC-BY-SA unless otherwise noted.