Siblings is the third episode of season three, and the twenty-second episode of the series. It was written by Guy Bert, and directed by Jon Amiel. It will premiered on April 28, 2013.

As the purged Cardinals are dismissed and stripped of their titles and wealth, one of them – Cardinal Versucci – angrily sets the Vatican Treasury ablaze after stealing a large sum. Incensed by the new King Ferdinand’s arrogant refusal to accept Giovanni as Lucrezia’s child, Cesare travels to Naples to fix the problem. Later, Cesare begins to consider an alliance with the old enemy France while Alexander doggedly sticks to his plan of allying with Naples, and therefore, Spain. After Lucrezia & Alfonso’s wedding, Alfonso realizes that the political sands are shifting – and not in his favour. Upset, he leaves Lucrezia alone on her wedding night, driving her into the arms of her own brother at last.[1] 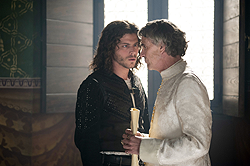 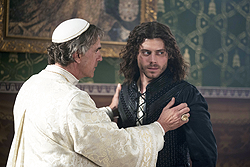 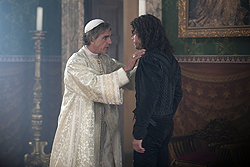 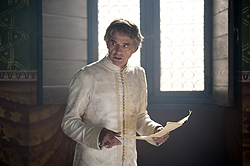 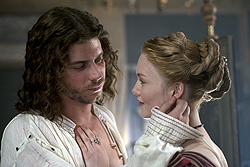 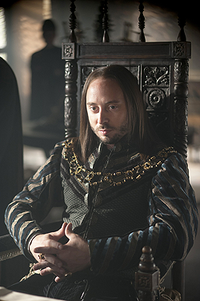 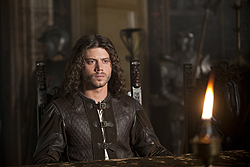 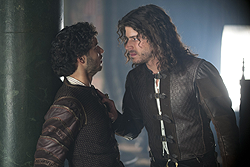 Alfonso of Aragon and Cesare Borgia 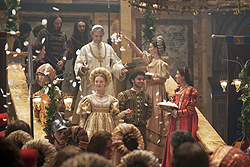 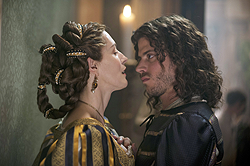 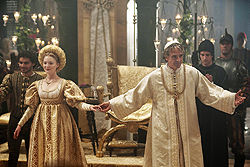 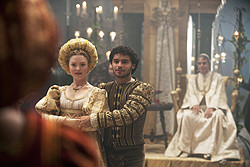 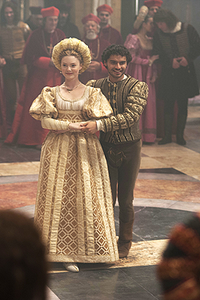 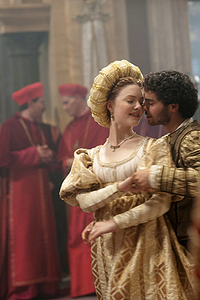 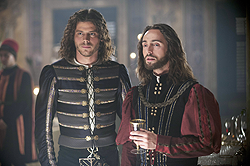 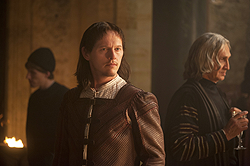 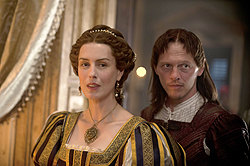 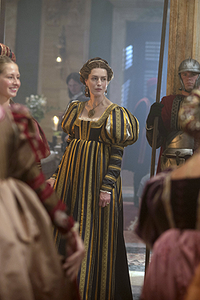 Catherina Sforza
Add a photo to this gallery

Retrieved from "https://the-borgias.fandom.com/wiki/Siblings?oldid=6564"
Community content is available under CC-BY-SA unless otherwise noted.