Relics is the sixth episode of season three, and the twenty-fifth episode of the series. It was written by Guy Bert, and directed by Kari Skogland. It will premiere on May 19, 2013.

When Cesare lands in northern Italy with a French army, Alexander is furious at what he sees as a challenge to his authority, but reluctantly accedes to Cesare’s plan to destroy the Sforza dynasty, starting with Ludovico, Duke of Milan. Catherina, meanwhile, has come up with a plot of her own: biological warfare. With the help of Rufio she sends a plague-infected cloth, wrapped around a false message of peace, to Alexander. Cesare orders it destroyed unopened, but ambitious new Cardinal Constanzo disobeys and keeps the message for his own purposes, and soon, his household is in the grip of the plague. Concerned about the lack of funds for his Crusade, Alexander imposes punitive taxes on the newly arrived Jewish community. However one clever member of the community, Mattai claims to be able to procure a holy relic, the long lost Spear of Longinus. Cardinals Farnese and Petrucci vie to provide the Pope with the “real” relic, but Mattai gains the Pope’s respect and an unlikely alliance is born. 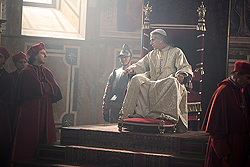 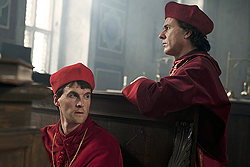 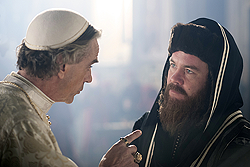 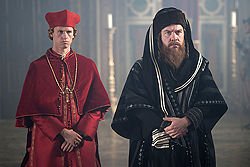 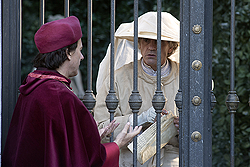 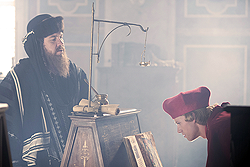 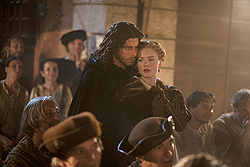 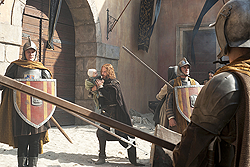 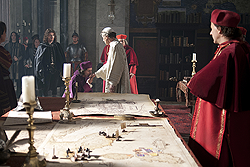 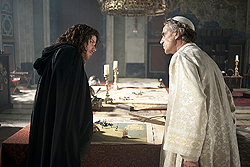 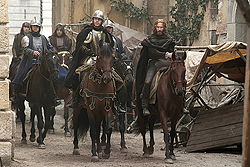 Cesare Borgia and Micheletto Corella
Add a photo to this gallery

Retrieved from "https://the-borgias.fandom.com/wiki/Relics?oldid=6567"
Community content is available under CC-BY-SA unless otherwise noted.