Lucrezia's Gambit is the seventh episode of season three, and the twenty-sixth episode of the series. It was written by Neil Jordan, and directed by David Leland. It premiered on May 26, 2013.

Cesare burns Constanzo’s palace – and the Cardinal with it – in order to contain the plague, while Micheletto is love struck with the beautiful young Pascal. Lucrezia, aware that the political wind has changed towards France and away from Naples, seeks a Neapolitan power base for herself and her family. There are two candidates to replace Ferdinand as King: arrogant and hostile Prince Raphael and kind and friendly Prince Frederigo. When Frederigo is apparently poisoned and almost dies, Lucrezia finds “evidence” of Raphael’s guilt and blackmails Raphael into giving up his claim. Her ally, Frederigo, is crowned King. But has she made the right choice? 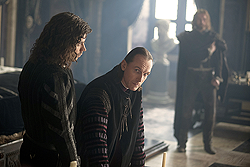 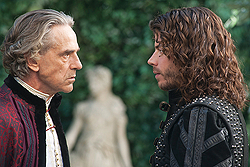 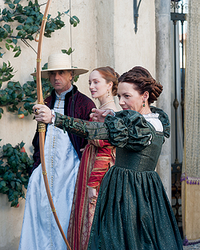 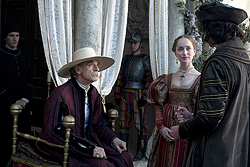 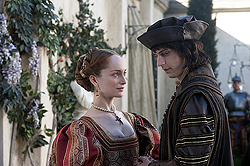 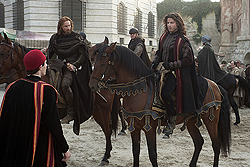 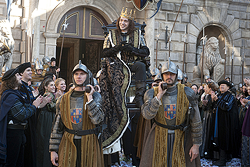 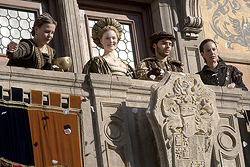 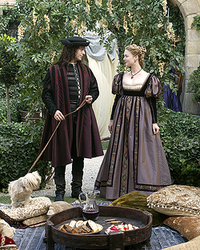 Frederigo of Naples and Lucrezia Borgia 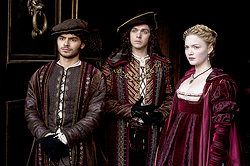 Alfonso of Aragon, Frederigo of Naples and Lucrezia Borgia 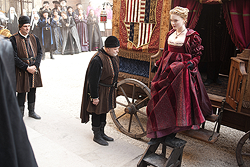 Lucrezia Borgia
Add a photo to this gallery

Retrieved from "https://the-borgias.fandom.com/wiki/Lucrezia%27s_Gambit?oldid=6856"
Community content is available under CC-BY-SA unless otherwise noted.